Lead Generation Who's most likely to move?

Revaluate is a data company that does Lead Generation / Lead Gen, Database building and segmenting that is headquartered in Golden, Co. and was founded in 2014.

The company specializes in creating highly efficient AI algorithms with machine learning that devour data from an incredible number of sources and make the seemingly impossible, simple.

When we first launched the new product in November of 2016,  Inman wrote “during the demo, one of the highest ranked returns is a personal friend who is indeed looking to move soon.”

Revaluate CEO Chris Drayer has been asked to present on the main stage at the Realtor.com National Conference, as well as the Great NorthWest Mortgage Expo, the Real Estate Success Rocks event, GENGEN Tampa and Inman Connect SF, Inman Connect NY and Inman Connect Online to name a few.

If you’d like to learn more, please schedule a demo with one of our data experts.

Simple, effective and  efficient to use, talk to one of our Revaluate data experts.

“Revaluate …. probes your Google or Office Pro account; after the 10 seconds of processing, it has collated your contacts and ranked the top five or 10 prospects most likely to be ready to move.

The software scrubs your list, removing suspicious contacts and ranking what’s left.
The final report comes to you via email as .csv file after an hour or so and can be connected

directly to a CRM or accessed in Revaluate Pro’s interface.
Revaluate found just under 1,000 contacts in my account, a number I had no idea was feasible.

But there they were, and while I didn’t share this with CEO Chris Drayer during the demo, one of the highest ranked returns is a personal friend who is indeed looking to move soon.” 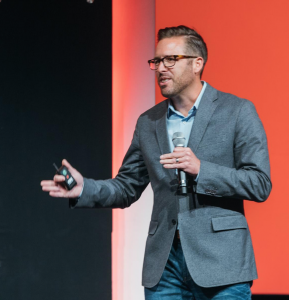 Formerly the founder of Finch Marketing, where he advised real estate brokers and technology companies on growth, including the launch of StartUps RealSatisfied (now a Placester company), EasyVT, HomeDiary and growing FloorPlanOnline.

When not building Revaluate, Chris is often with his wife and two daughters outdoors in a canoe, kayak or sailboat or running on the mountain trails near his home outside of Golden, Co. 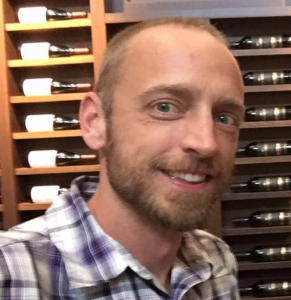 When offline, Tim enjoys traveling with his family,  running, accidentally flipping homes and becoming a blue ribbon winning organic farmer.  (Seriously, he grew the largest organic zucchini in the county)

Tim and Chris have been friends for more than 15 years, meeting just after college. Their families are often camping or traveling across the US together.

Frequently, Tim and Chris would get together over a beer and discuss new ideas.  The duo would compare notes, and discuss issues while looking for the right opportunity. Together, they worked on a diverse group of tech startups from email and reservation software to tornado tracking and virtual tours as well as a real estate agent rating system. Leveraging data and ease of use was always at the core.

Both wanted to leverage technology and data, and they both liked the idea of building products that could help people in a profound way – impacting lives for the better.

The team had an idea and started on the path to success when the Kauffman Foundation gave the team a grant and guidance for improving the idea of Revaluate.  Revaluate was then invited to participate in the Boomtown Accelerator, formalizing the companies role in the industry.

While the company has continued to evolve, Revaluate’s core mission continues to be scoring prospects, so our clients can connect at the right time with clients to foster better, more productive relationships.