The sales person on the line was full of hope, until I broke the news:

“No. He can’t come to the phone right now.

He’s been dead for ten years.”

The silence was deafening.

Careless mistake or a symptom of a systematic problem?  Either way, due to a salesperson working an old list, that brand stands out in my mind negatively. 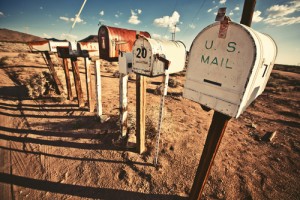 In addition to sales calls, we’ve also received direct mail postcards, letters and gifts for deceased family members and people who used to live at our home.  “Or current resident” gets mail every day.

I’m not positive, but I’d guess that the ROI on marketing to dead people is pretty poor. One could call it a grave mistake.

Old databases can be an expensive and harmful if not used correctly.   Calling old leads is also terribly inefficient.  There ought to be a better way to leverage data.

NAR data says that 1 in 3 households will move in the next 5 years. Today’s homeowners move on average 12 times – 9 times as adults.  Some more, some less.

My CoFounder Tim has sold 8 homes in 10 years – all primary residences. (yes, he does have a problem – but that’s another post).  I’ll admit that I have my own issues, having  lived in OR, CA, MO, KS, NE, IL and CO. 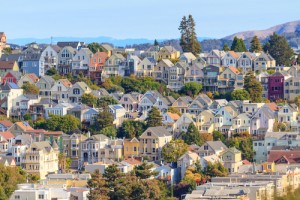 I’d be ok with that growth.

In San Francisco, Marker Real Estate Broker Associate  Kevin Markarian has a growing database of more than 10,000 leads he’s purchased from RDC and a variety of sources. However, short of being some form of a Sales God, there is no way for him to grab enough coffee & beers with that whole list in order to remain informed and up to date.

Kevin is an awesome Realtor, but not a God.  What he needed was a system.  The trick for Kevin was knowing that it’s not about immediate gratification, but rather, the long play.  “It’s about building trust, giving them something of value, not the quick sale” Says Markerian.

Revaluate supplies the valuable content he needs to engage with his growing list.  The content’s customized, timely and hyperlocal – and gets open at 2-3 times the industry average.   This all runs automatically without Kevin lifting a finger.

Kevin won’t even have looked at his whole list, but rather just looks at the update emails Revaluate Pro sends him highlighting those people on the list that are currently most likely to move or trending in that direction.

These are leads he’d already worked, and were once dead.  With Revaluate Pro providing valuable insight – he’s able to find hot prospects that would have gone to another agent.