Death of a Discount Brokerage

Once hailed an innovator from stage, awarded for their moxie, causing countless “traditional” brokerages to break out into cold sweats –  a zero physical location discount brokerage has closed its digital doors and pulled out of the US after a series of odd steps that foreshadowed their demise. 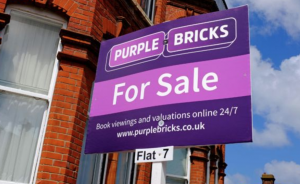 The discount brokerage differentiator for was not just the flat fee model, but the low, low price of that fee. Purple bricks would offer “all the services” of traditional brokerage, for a flat fee of $3,200/transaction.  Buyers of PB listings received a $1,000 rebate.

How could they afford to do so? Perhaps the $60 Million of capital they raised helped. It seems that low margin, high growth companies in real estate are the gold standard for investors.

Reali, the San Francisco based flat fee brokerage that charges around $5k per transaction and rebates around 2% of the sale price, raised an additional $9M this spring, totaling $29M raised. According to CEO Amit Haller, the additional funding “will be used to recruit hires across the company’s product, engineering, real estate, marketing, and certified agent teams in the U.S. and Israel.”

I’m very interested in their recent acquisition of Lenda – enabling Reali to earn revenue on mortgages. This effectively makes the housing transaction just a platform for ancillary services. I’m bullish on the theoretical concept – but I’ve not seen data from Reali yet on the revenue success on the mortgage side.

What does NAR do with these disruptors? “We encourage all business models to come in,” said Lawrence Yun, NAR’s chief economist.

“We don’t favor one business over the other, and we let the Realtors in a very competitive market do their best to get the consumers.”

The competitive market crushed PurpleBricks.  The VC backed discount model is only sustainable if you grow quickly so that you can show your investors success and raise more cash. It’s “the circle of life”. 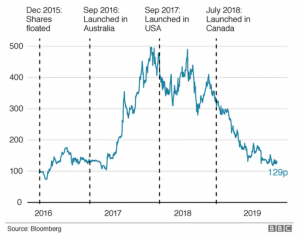 Purple Bricks has been making good progress in the UK. In terms of market share, in July they had as high as 69% of the online property listings. However, this only accounted for 5% of the total market. Still – that’s not insignificant at all.

Perhaps even more interesting is their influence on the competition – LSL Property Services announced they were reducing 50% of their brick and mortar locations in response to the quick growth of the online property marketers such as PB.

In the end, the brokerage lasted in the US for not even 3 years. The purple brick house was actually made of straw.

Discount brokerage is a model that works some of the time – when the market is hot and there’s plenty of demand.  When the market cools and softens, consumers want expertise – and agents want stability and structure (and leads).

How is the recruiting world for today’s “traditional” brokerages? Is there an impact on morale or sales in the minds of agents and brokers?  After all, recruiting has been the primary growth engine for real estate companies – and its where PB really failed to deliver.

For more feedback on this from some boots on the ground and I spoke recently with Joanna Williams, Real estate broker at Better Homes & Gardens Real Estate Kansas City Homes Liberty Office

The  style, branding, service and substance is a large investment. Joanna knows this, as they just completed building out a brand new plush office.
“New models (discounters) are trying to find a way to give them extra services without paying for it – there’s no way to do that.”  (other than raising VC money)

“People (agents) will stick around and pay more for a brand – they feel they have a leg up.  The name brand is going to win more often than the no-name brand. In the end, People want to work in a successful office.”

In the end, one discount brokerage pulling out of the US is a signal to pay attention, but in no way does it indicate a trend. NAR won’t step in to stop future discounters, but the market will.  As in the past, consumers will likely shift to full service brokerages as the market cools, and agent numbers will reduce and shift to more steady full service platforms that offer more tools, training and technology.