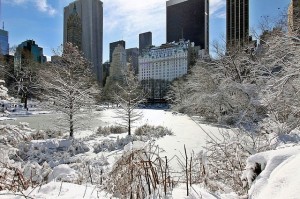 No matter what you name it, even if you think it’s all hype and a big #SNOWVERREACTION, all signs point to Real Estate Connect NY 2015 (affectionately known as #ICNY) and one of the biggest snow events in New York’s history to converge on the Big Apple in a perfect storm of awesome.

If you’re in town or headed to the event—and can get to Midtown (at the time of this writing, flights were getting canceled faster than Usain Bolt can run the 100 yard dash), then you’re in for one of the greatest real estate showdown-hoedown-throwdowns in the recorded history of those things (which is long, as far as you know).

Hey! Revaluate is a sponsor! How ‘bout them Big Apple apples? We’re darned proud of that, too. Inman’s Agent Reboot platform is, more than any other, the best program available to real estate professionals looking to up their game. We love that we can help fund a program that stokes the fires of real estate success. If you’ll be there, stop by and say HI! Who knows? We might even buy you a drink. No, really.

Inman’s flagship event, there’s no better party in all of real estate. Not only is it a program chock FULL of brilliant speakers who have—and are—walked the walk (they don’t just talk the talk) and who will impart some rock solid wisdom that’ll be sure to supercharge your business in 2015, but it’s more fun than a bacon Slinky tumbling down a staircase of unicorns (hey … that could happen).

We’ll let you in on a little secret: Lobbycon—#ICNY’s “12th Man”—is the secret sauce of this event. It’s the thing that takes it from great to HOLY. WOW. Lobbycon is simple. It’s what happens when people meet up in a lobby, hallway … wherever, really … and just start talking. Ideas are formed, friendships are forged, partnerships are envisioned, world peace is established, planets are aligned. Well, most of that, anyway. When you’re milling about at #ICNY, strike up conversations with the people who are there. The connections you make just might be the ones that change your life.

If you make it through the blizzard and get to the city, here are some things you might* see:

Don’t worry if you CAN’T get there, either! There are plenty of ways to follow along online; you can follow us on Twitter at @RevaluateIt, where we’ll have all the juicy nuggets of goodness that are happening in Midtown.

No matter WHERE you are, though, Real Estate Connect New York 2015 will be one for the record books. It’s gonna be epic, rock solid awesome. And Revaluate, just like with its Livability Reports, which let you know what it’s like to live in a New York City Apartment before you ever get there, will be right there in the thick of it.

Revaluate and KNOW MORE (about #ICNY, about New York, and the best in real estate).