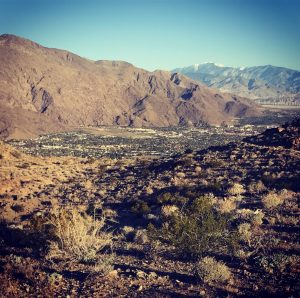 As a tech vendor in Real Estate and Mortgage, I often feel that I’m on the outside looking in.  Will Inman radically change this perception?

This feeling has grown in the weeks following Gary Keller’s now famous “If we build it they will come” speech – I’ve wondered if this is the new norm.  He seeks to build everything in-house, to effectively build a walled garden for KW.

Real Estate has always looked a bit like a walled garden, so when Gary pushed away vendors and data companies such as mine, I thought it may be a signal of growing exclusivity.  Thus, I approached last week’s Inman Disconnect with reserved optimism.

To me, it started pretty rough.

No one seemed to notice the Irony – Inman Disconnect literally took place in a walled garden.

Frequently something like Inman’s “parker principals” would be created by members of a board, committee or a blueblood club.  However, in our subsegment at disconnect, in our little group of two dozen – much of our industry was well represented. Our group included an agent, team, broker, and brand – tech startup and established tech, MLS, and association as well as consultants  – there were even 4 countries represented. I believe this was no accident, and that Inman “staged” the group this way. It worked.

Not only was I not pushed away, but It was with significant surprise that I was greeted by healthy conversation, connections, and inclusion.  People want to work with outside vendors like Revaluate – and so I felt more connected than ever before.

This confirmed to me that despite having nearly 200k agents, Gary does not speak for the industry.  His inward focus is not the standard. It looks as if the industry approach to the “problem” is really fairly diverse. (read: not well defined yet)  And it felt as if the Inman team pushed back on the heels of Gary’s comments, to be MORE inclusive.

I’m always looking for ways to participate, get involved and help improve real estate and mortgage.  I’ve been a part of the industry for 10 years, previously hosting and co-hosting dozens of REBarCamps, volunteered with the local association and been involved with the YPN committee.

Next week I travel to Miami for the Swanepoel T3 Summit event: the “Invite only think tank of the industry”.  I will attend with the expectation that this will be more formal, refined and perhaps now, more inclusive than prior years”

Including feedback from stakeholders in the conversation to work towards a common solution will lead to a stronger, more profitable and better industry experience for consumers in the US.