In the ever evolving game of real estate leads, Realtor.com has sacrificed the queen as if it were a high stakes game of chess. Checkmate?

The business of leads is changing in several directions all at once. AI, Alexa, Robo Dialers and Concierge Services seem to be exploding.   Demand for better quality and larger quantity is high. But at what cost? What can we learn from Realtor.com’s recent strategy and what should we prepare for later in the game?

OpCity focused on mass procedural call nurturing of leads that could then be hot-handed-off to the lead buyer creating an “end to end” service of “highly vetted, transaction ready leads”.

Realtor.com parent company News Corp told it’s customers not to worry at the time of the acquisition – “this provides more choices”.  However, to industry observers, it seemed at the time that the new product would likely torpedo former products and or models.

The first sacrifice was swift. Originally launched two years ago at the Realtor.com Summit in Las Vegas as the knight in shining armor, was RealSuite.  A revamped and updated set of tools with an API, it was in the process of expansion at the time of the OpCity acquisition. The knight was quickly removed from the game.  Today, not a mention of RealSuite may be found on the site. (RIP Brave Sir Knight)

Several months later, it was then reported that the primary Realtor.com lead gen product would be phased out in a few markets where OpCity testing had gained traction. 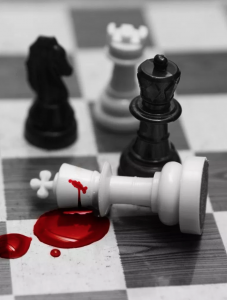 (As reported on Inman this March)

Reaction was both emotional and thoughtful as agents and brokers sought to understand and predict the future.

“Other agents and real estate professionals that have used OpCity have seen a horrendous conversion rate so I’m not overly excited about it and I probably will not continue my relationship,” said Thomas Brown, the co-founder of The Agency Texas.

“A lot of people are going to be severely impacted or out of business because of this,” said Michael Bernier, the president and managing broker of Realty Group LLC.

Strategically making more moves for the future and reacting to market conditions, on May 22, Realtor.com closed it’s own call center in Scottsdale – seemingly further indicating that it was “all in” on the OpCity model.

Rob Lyszczarz, president of RE/MAX Select, who in 2018 did $778 million in sales volume and 2,645 transactions, revealed to Inman that OpCity, “was receiving the same leads it is selling to brokers [separately through Realtor.com], would, in fact, receive leads before the brokerage who pays Realtor.com.  Then Realtor.com through their OpCity call center would immediately call and identify themselves as being from Realtor.com (the site they [the customer/lead] made the inquiry on) to further their financial advantage in converting these leads, and collect a referral fee.”

After working Realtor.com leads for 17 years, the 200 person brokerage has reportedly ended its relationship, and stopped buying leads from the company due to  “a deterioration of that business service”. (Disclosure: Rob is a client of Revaluate)

In contrast, Realtor.com seems to be doing just fine – reporting an increase in revenue of 5% in year over year growth.

As I write this post, it’s been revealed that King Ryan O’Hara, Realtor.com CEO will be resigning, taking a new role as CEO elsewhere. His motive for the departure is not publicly published and the timing is potentially coincidental – likely adding further skepticism.

It appears that Move Inc. is not willing to concede to chess master Zillow.  It has demonstrated that it won’t settle and seeks to invest and improve. Like a high stakes game of chess, Realtor.com appears to be sacrificing their Queen in order to better position themselves for the win.

This move is bold, but is in no way a guarantee for victory.  Improvement and evolution comes at a cost and all aspects of the company are evolving as it fights for growth.  This fallout – is it temporary or a trend?

Learn more about leads and get a Revaluate Free Demo