The Holy Grail of Real Estate: Predict Who Will Move

Revaluate gets it right better than 1 out of 3 times. 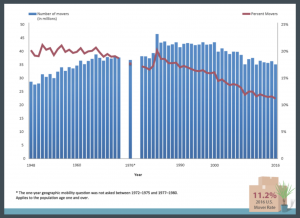 The lowest percent of movers in our lifetime

Approximately 11 percent of Americans move annually, which is the lowest number of movers since the census began tracking in 1948. Yet there are more real estate agents and loan officers than ever before competing for that business.

If you could predict who would be moving, your real estate and/or mortgage business could drastically increase its efficiency.

That’s why I’m so excited to announce that Revaluate’s “likely to move” prediction success rate has improved 25 percent in just six months, thanks to the power of artificial intelligence and machine learning in our algorithms. In other words, better than 1 out of 3 times Revaluate’s AI correctly predicts who in your circle of influence or database will likely move in the next 3-6 months as reported by Inman.

Given that most cold call success rates are less than 2 percent, this means that our results are 1,720 percent more effective than cold calls. Companies are spending millions of dollars buying bad leads that are re-sold more than a dozen times, when there are people in their existing contact lists who are planning to move in the next few months.

Don’t just take our word for it. Here’s what Dave Robles, founder of Think Real Estate, a Keller Williams Brokerage in Los Angeles, has to say:

“Revaluate works. I closed multiple million dollar deals with my existing contacts, and I never would’ve reached out to them had it not been for Revaluate unearthing them in my database. There is absolute validity to their technology.”

Revaluate is different from other predictive analytics companies in that we focus on the customer prospects that you’ve already acquired and that currently exist in your database. Using nothing more than email addresses, we apply artificial intelligence and machine learning to analyze your existing prospects’ spending habits, as well as government, demographic and social data to determine how likely they are to move in the next 3 to 6 months. It’s all above the table – our methods strictly adhere to privacy laws.

Years ago, Realtors would comb the Sunday paper for announcements of engagements, job moves, births and deaths in order to find new customer prospects. Today Revaluate automates that process to reveal these same prospects before they’ve reached out to an agent or a mortgage company. It’s incredibly powerful technology and it works.

We call them the “Data Ds” – life events that indicate, with a high degree of accuracy, the likelihood that someone will need to buy or sell a home. They include: 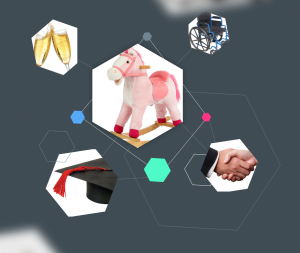 In as little as 48 hours, Revaluate assigns a “likely to move in the next 3-6 months” score to each contact and sends alerts to agents or loan officers via an integrated API or push notifications to sales and marketing teams. What’s really exciting, is hearing quotes from new users like David from Cherry Creek Mortgage:

“Man, this is weird – I’m working with 2 of them and the other my agent just called and said I think this guys going to buy again.  Validation!”